Your store for digital research texts

Publisher
The Italian Institute of... More
The Italian Institute of Prehistory and Protohistory, often referred to by the initials IIPP, is a non-profit organisation which has been operating for over fifty years with the aim of fostering and promoting the study of prehistory and protohistory in Italy. It was founded in Florence in 1954, as a spin-off from the Italian Institute of Human Palaeontology in Rome, through the initiative of a group of academics including Massimo Pallottino, Giacomo Devoto and Paolo Graziosi, who was at length the Chairman. It now has over 400 members, including almost all the Archaeological Commissions, the university departments dealing with Prehistory and other sciences engaged in the study of the past, museums that possess prehistoric or protohistoric collections and many individual scholars working in these fields. For this reason the IIPP represents a centre of excellence for the study of Italian Prehistory and Protohistory which is recognised by the Ministry for the Cultural Heritage and by the Ministry for the University and Academic Research; these Ministries contribute to its economic support together with the Tuscan Regional Authority and the Fondazione Cassa di Risparmio di Firenze. The IIPP implements its promotion of studies on man's most remote past through the academic conferences which it organises every year; these focus on the prehistory and protohistory of a specific region of Italy or an individual period or on issues of a general character. It also organises higher education seminars and lectures on recent discoveries and topical issues, as well as funding research projects and scholarships. It also publishes three series and a journal, which are distributed all over Italy and in many other countries of the world: the series Origines: studi e materiali pubblicati a cura dell'IIPP (comprising 32 titles), the Proceedings of the Academic Conferences (33 issues), "Studi di Preistoria e Protostoria" (4 titles) and the annual journal Rivista di scienze preistoriche, founded by Paolo Graziosi in 1946 and now at vol. LXVII, 2017. 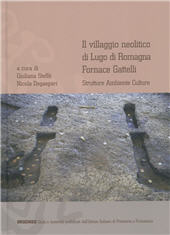